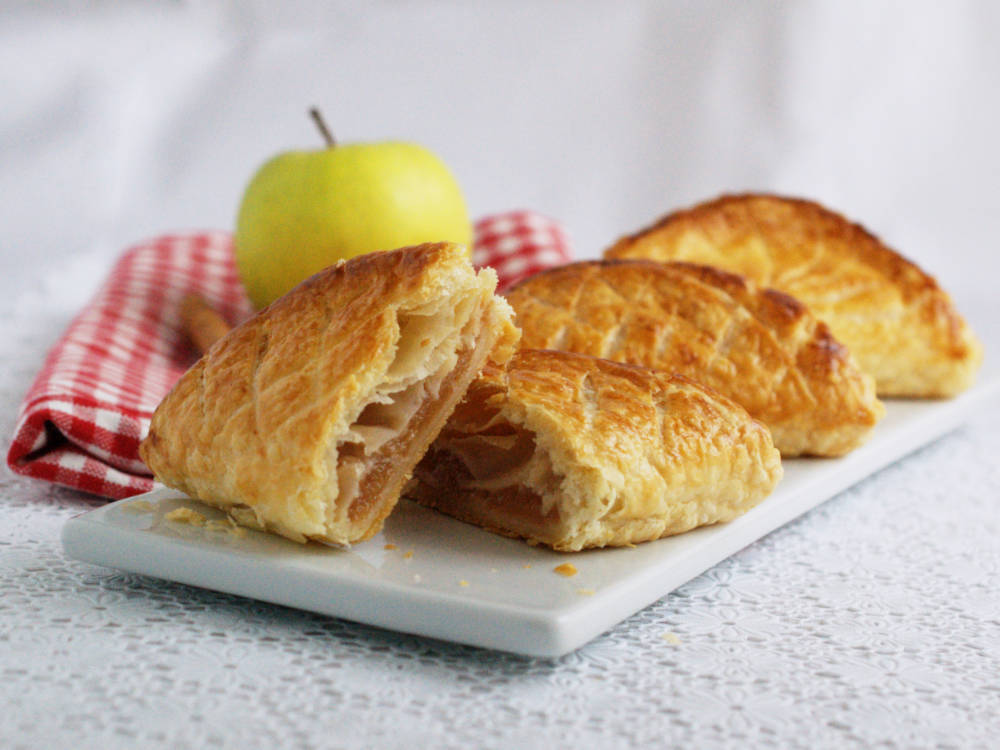 Apple turnovers, or chaussons aux pommes as they are called in France, are a classic French pastry.

They are easy to prepare if you happen to have some puff pastry and a couple of apples. When you get the craving, all you need to do is to fill the puff pastry with some apple compote or apple sauce before baking it. They make a nice Sunday breakfast or brunch. You can in advance, as they can be frozen before baking so that you only have to pop them in the oven when you get up!

I would definitely recommend that you make your own apple compote rather than buying it ready made. Not only will it taste better and you can flavour it as you wish (for me with lots of cinnamon!), but store bought apple compotes tend to be more liquid and will potentially leak out of the apple turnover during baking. 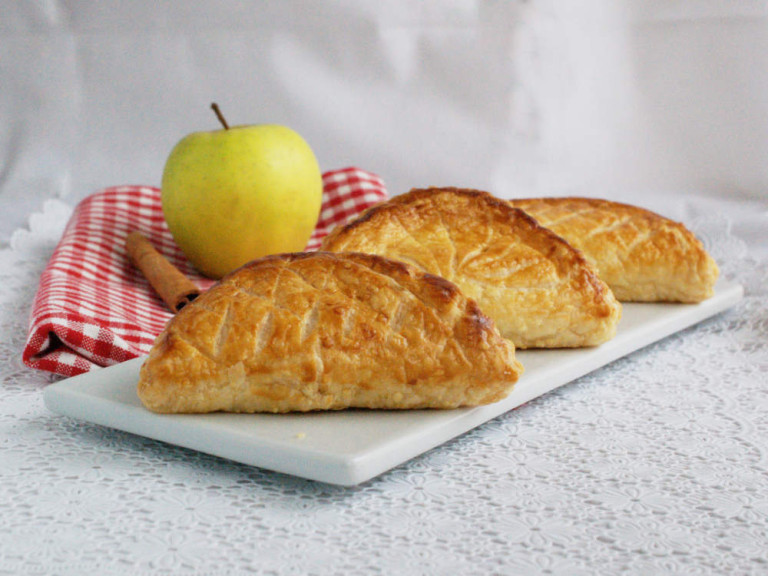 Print
Prep time
45 min
Cook time
20 min
Total
1 h 5 min
Serves: 8 turnovers
Ingredients
For the apple compote:
For the egg wash:
For the syrup:
Instructions
Prepare the apple compote:
Assembling the turnovers:
Notes
These turnovers can be prepared in advance: you can freeze them either before baking them or after.
3.5.3208 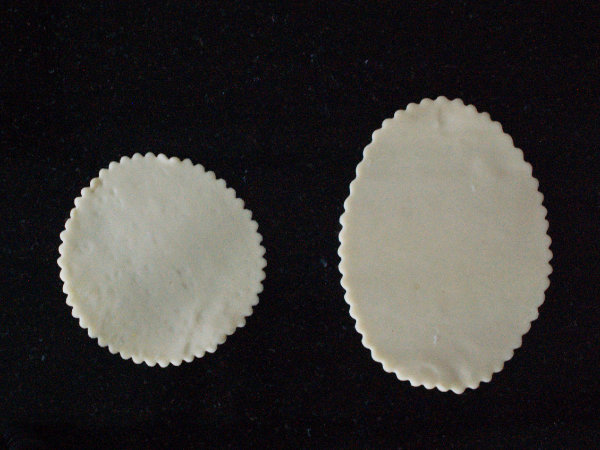 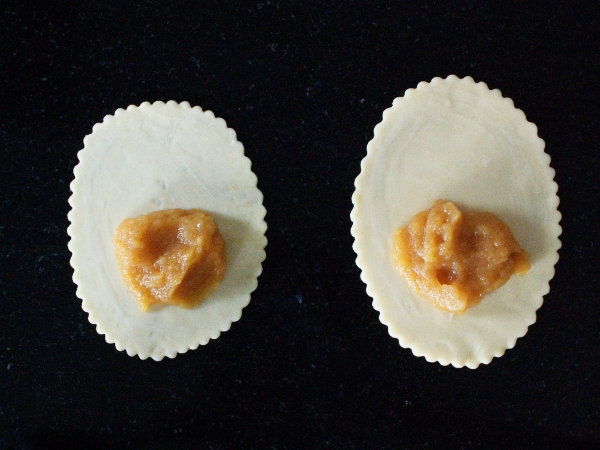 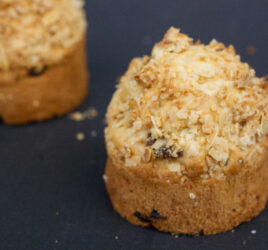 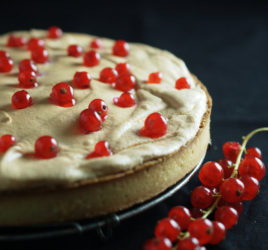 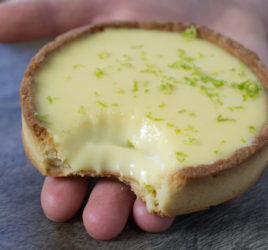