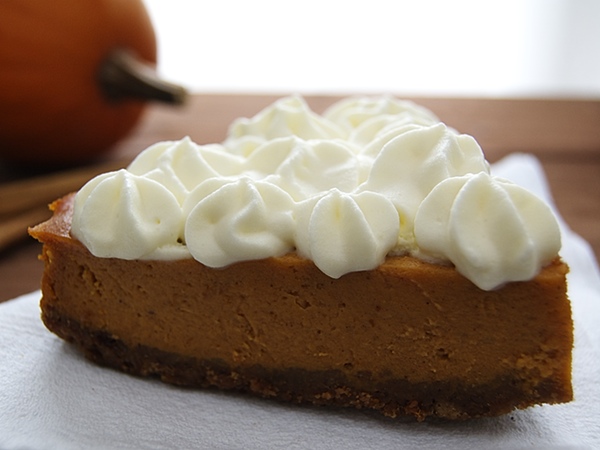 With the weather turning colder and the leaves changing color, I wanted to make a traditional fall dessert. In Switzerland (and most of Europe), eating pumpkin as a dessert is rather rare and honestly, a bit odd. But thanks to my US friends, I decided to try my hand at a pumpkin dessert… and I’m so happy I took the plunge!

This pumpkin cheesecake was surprisingly delicious. It’s not too sweet and is spiced with just the right amount of cinnamon.

I made the crust using Speculoos cookies, which are a type of Belgian cookie spiced with cinnamon, nutmeg, cloves, ginger, and cardamom. Any spiced cookie or even graham crackers (add some extra spices if you get the urge!) would be delicious if Speculoos aren’t available. You can either buy the pumpkin puree if it is available to you (I found mine at a specialty grocery store), or make the puree yourself from fresh pumpkin.

We couldn’t resist eating a piece of the cheesecake after the first couple of pictures. And what we didn’t didn’t eat immediately tasted even better over the next couple of days. You may want to plan ahead for this recipe, and make it the day before you want to serve it to allow it to chill (and the flavours to deepen) in the refrigerator overnight.

I adapted the recipe from the French blog Lilie bakery. My version is below, preceded by my tips and tricks for making a perfect cheesecake every time. I hope you enjoy this recipe as much as I do! 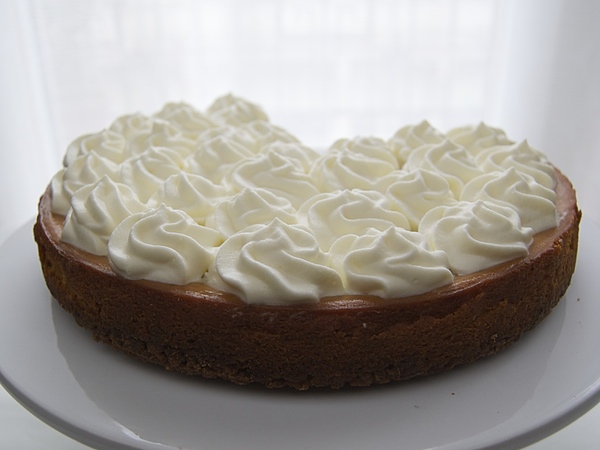 How to get the pumpkin cheesecake perfect every time

Don’t cool down the cheesecake too fast; instead  let the cheesecake cool for 1h in the turned off oven with the door cracked, then move to the counter and leave to cool some more.

2. Prevent the cheesecake from sticking to the sides of the springform pan.

Line the springform pan. To do so, undo the clasp, cover it with a sheet of baking paper (allow the sides of the paper to overhang), and close the clap. Don’t trim the paper – it helps you to remove the cake.

3.  Chill the cheesecake for a few hours before serving.

The texture of the cheesecake will change after chilling. If you serve the cheesecake as soon as cooled down, it will have more of a flan-like texture, but after a couple hours of chilling, it will take on a more creamy, velvety texture. Allow at least 4h (ideally overnight) chilling.

4. Do not remove the tin until serving

The cheesecake will solidify properly in the pan an will be easier to remove after chilling for a couple of hours, or overnight. 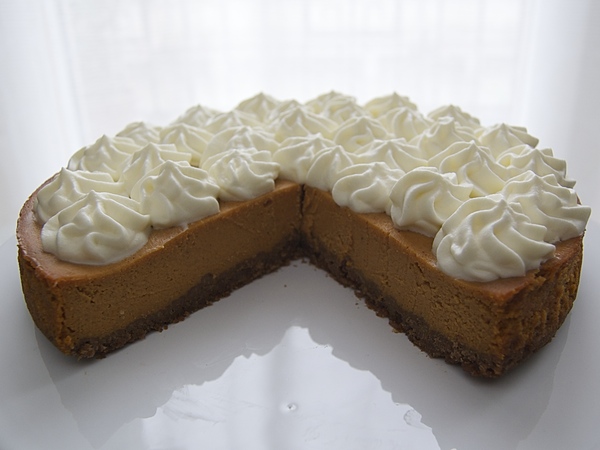 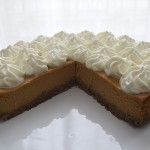 For the cheesecake filling

For the chantilly cream (whipped cream):

For the cheesecake filling:

For the chantilly cream: 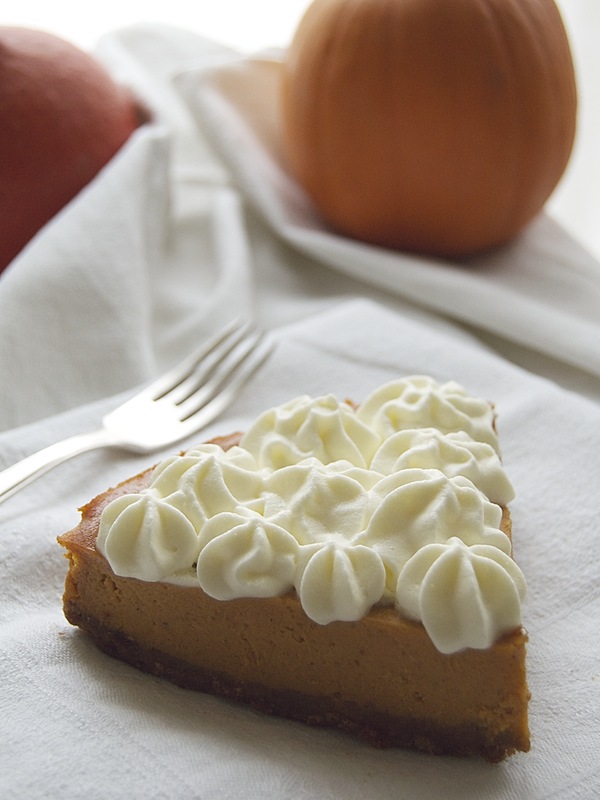 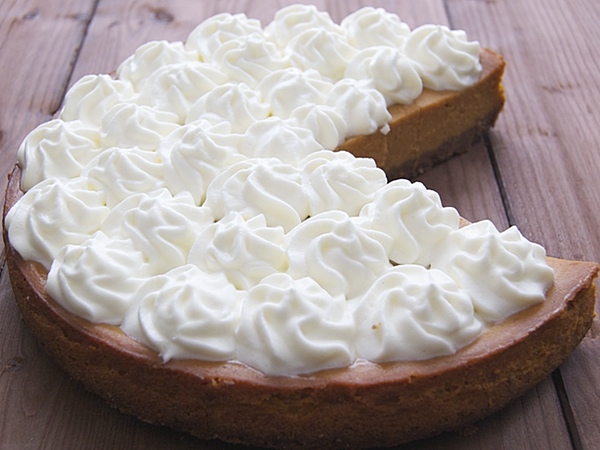 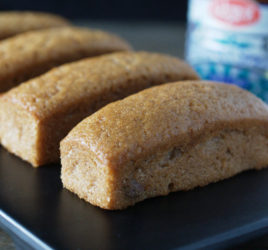 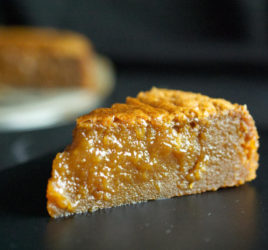 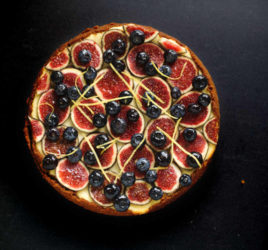